- May 17, 2018
In the deceptively quiet backdrop of intense winds, falling rustling leaves
You clutched your rosaries and  bibles in grim silent fear
'Shut your Eyes' 'Don't peek or speak'-divinely echoed internally
The clack sound of bone and wood against the dorm floor availed your cue
You repented and said a silent earnest prayer for instant sleep
Recalling Muwanga's horrid prescient natter
Earlier in the bright sunny secure blanket of day

The uninvited terror thirsty night guests - ghastly apparitions
carried with them slappy treats for the naughty boys
and much too often made off with their valuables to the obscure world beyond
Woe unto he whose curiosity tricked him into opening his eyes,
Legend had it that Kakalabanda liked such rebels most
and often carried them away never to be seen again. 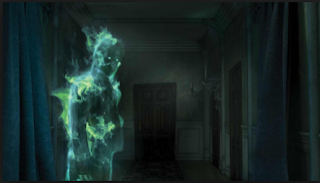 *Kakalabanda is a popular urban myth in Ugandan traditional boarding schools. It was the name given to a ghost which allegedly visited dormitories at night to discipline the naughty or to visit  students with distinct spiritual attachment from home.
*The Muwanga referred to in stanza 1was a good friend and my dorm captain. He succumbed to an unfortunate mob justice incident in 2012. Rest in peace man
AFRICA BOARDING SCHOOL LIFE KAKALABANDA poetry Uganda URBAN MYTHS 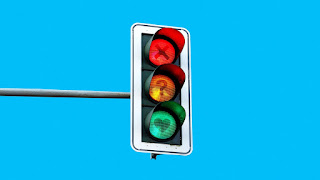 I have carried the load of mixed signals Been bruised swimming against the unsteady tides in their lake And for this I bear a scar to remind me Words I adore and heed to when said by mouth I practice today the ingenious lazy stoic art of feigning blindness to all forms of sign language
I will miss the point when you suggest marriage by tidying my nest and leaving your pearl earrings on my night stand I will saunter by clue-less when a blushing you,  guided by your wisdom, giggle and wink at me, expecting me to guess I will stare in vain surprise at the silent treatment For silence is easily misinterpreted not misquoted
Infact, a sorely tale sings of how, in a sour twist of signal blending I once mistook concealed love-filled coyness for mockful disdain And mined scorn once the care fermented stale into bitterness So I beseech you to say what ought to be said For in showing, a lot is lost in the loud colours of the busy backdrop It is recklessly fatal to assume liberties today, relying on only that…
Read more 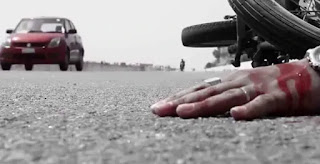 Besides that hard concrete pavement, where the new city flowers thrive They collected what was left of her, packed in a blood dripping black plastic body bag Hurriedly bundled onto a garbage truck so as not to stain the freshly washed police van The tarmac was hard scrubbed to wipe away her obliterated beauty 48 hours after her thick red blood had seeped through the light layers Into the earth’s eager open mouth
The drunk motorist who had transformed her into a road kill statistic was on the wrong road side when he swept her off her feet Always having lived by the narrow right path, her end echoed her school years often punished with the naughty despite pleas of innocence, Death had fetched and defiled her from the right side of the road that scorching hot Tuesday evening
Death had caught her in a hurry, back from church counselling Rushing to her son’s school to collect the child, bearing news for him elated at the news that he would soon have a sister Today, years on, a lucrative fuel stati…
Read more

UGANDANS AND SEX TAPES AND THEIR INSISTENCE TO MOCK THE LOKODO AGENDA. 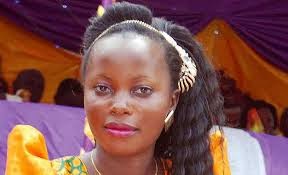 One of the traits majority of Ugandans have persisted to carry from time immemorial is the impressive ability to ignore the serious element of any law. If anything when laws are passed in Uganda, some folks look for the trivial or comic part of  the legislation, laugh it off and then cast bets on how long this would survive. So this is the attitude we flung to the ‘Helmets are mandatory’ and the ‘Wearing seat belts is compulsory’ legislation. And for years we lived in our easy law mockery life with all these rules and laws not existing for long. Then alas Mzee Museveni our President made an appointment. I know Ugandans who laughed at this too and thought this was the same old story…same people in different clothes. This iron lady from the Revenue Authority was a no nonsense lawyer who had come to clean up the city as its new Executive Director. It is still thanks to Jeniffer Musisi that most Ugandans had learnt that when the law states something, doing the reverse has repercussions an…
Read more