Showing posts from 2016
Show All 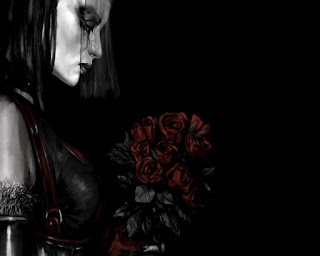 Folks who have lived more than us and have thus experienced more of life have more fun escapades to narrate than many the smart phone trolling lads of our generation.They also have much advice and life lessons to spruce our usually shallow knowledge on survival and existence in this universe known to always be brewing treachery. We get to tap their wisdom from what they've lived through and passed on to us.One of the earliest proverbs I learnt as a child (for my grandfather liked to say it every now and then) was the Luganda "Enyanja etta agyimanyidde" which, translated loosely to mean "The lake kills he that is accustomed to it" that is, it's fishermen who drown most...an ironic scenario by all means or at least am certain irony is what the person who coined it intended to achieve. The elders have persistently told of people who have met their ends (usually brutal gruesome ends) at the hands of things they were accustomed to and individuals that have seeme…
Post a comment
Read more

The night when the world's largest democracy cast their vote to choose the next leader of the free world did not find me anxious as well in contrast to many people around me.At home,the excitement tempted me to ask what the next president of the US had to do with Uganda except the usual foreign policy that never does much change for me as an individual. Even more bewilderment hit me when I saw what's app groups named Team Trump and Team Hillary and saw die hard Ugandans changing their social media profile photos and groups of Boda Boda cyclists engaged in deep discussion about the possible outcome of this historical election. Historical because if Mrs Hillary Clinton had won,despite her heavy experience as senator, former Secretary of State, First Lady and more, she would have been the first woman to take on this mantle.It would be an ever greater victory for her mates the Democrats who would not only be celebrating an extension of their control of government but also another…
Post a comment
Read more

- November 22, 2016
One of the teachers I will probably never forget all throughout my school life was an extremely tough Itetsot lady who was transfered to my Primary 4 class to teach my then favourite subject;English Language. With the risk of coming off as a lazy lad,the major reason for my preference of this unit over the other elements of my cane thirsty teacher driven traumatic education journey was not only the little effort which it demanded of me but also the wonderful adventures in the stories that took my young innocent and curious mind to different worlds in between the old pages of those books that carried the rich stench of age.Tough Itestot lady teacher's first topic was polite language and for some reason(perhaps because she personified and was the perfect embodiment of a new fresh inconceivable breed of terror at the time,it stuck.Like the good pupil I was,I have strived to the best of my ability to emulate these ideals ,living my life punctuating most of my day to day speech with di…
Post a comment
Read more

- October 10, 2016
Coy me now baby,
be cagey not lady,
lie with me slyboots!
befuddle me not anymore

Irrefutable it is,that you charmingly seise me,
gnaw at my heart,
exorticate this cold furry
and shroud me in anxious grief

My candid plea,my bawdy one
Forment not chaotic trouble,breed spontaneity
take all my souls but
Kill not my poor sentient self 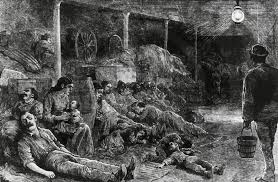 Decades ago, in the jungles not irreconcilably far from here
We, downtrodden fauna of the woods, gathered
Wrapped in a patriotic spirit
we identified a leader, youthful intelligent dog
he would stand on and out as a revolutionary...the messiah
to bark on,scaring away the hyenas
they that had lost their way, plunging us into
disease and ignorance-immense lack and doom

The dog's role was to bark and scare away the hyenas
then lead us to light, prepare the jungle for a new hope-filled world
to clean the stump throne on the clearing
the throne that alien lumberjacks had earlier created
Aliens we had expelled and banished

Alas, for years as we absent-mindedly danced off to the sunset
our dog nailed himself to the s…
Post a comment
Read more

His vigil was a masquerade
Flanked by a harrased army of female student 'weepers'
Momentarily pausing to take selfies
The overt absence of grief became the subject of anonymous rumours
Gatecrashers stayed present...to bear witness
and mould a folktale to tell tommorrow's youth

A firm, generous and affectionate teacher
colourful grades were scripted on routine passionate nights
between his coarcively warmed sheets
A stern judge, he weighed the futures of many youth
expunging the clueless he deeemed unworthy
with late night examinations and tests servi…
Post a comment
Read more

- May 29, 2016
Tease me now about my fleas
Mock me now about my still stale stock
Stress to gloat over my strain and misfortune
Laugh to my face about this phase being a permanent place
I hope your self assurance is rooted in some insurance of sorts
I leave it to karma to teach you trauma
to chain your mockery and vain flattery or nurse your stained ego
Fate will unmask you, for that face you wear will tear
for its plainted in very faint shades.... 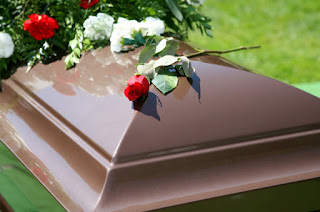 From a distance, bewilderment served me  blows
at the few people who sincerely mourned me
I saw the futile efforts to feign grief
They tried to lie, in vain, but their grins gave them away
Deception presided as folks concocted good inexistent memories of me
I saw them all scheming for the vast property and legacy I had left
I scoffed at this, for the cut throat politics I had taught
them would be their death

I saw my family infiltrated, contaminated by greed
My wives, raised to be sisters, plotting each other’s demise
My sons laying it bare in air tight bloody war, their sisters picking sides
A preference to spill their own blood to divide the dirty wad of cash I had left
like spoils and booty from a conquest war 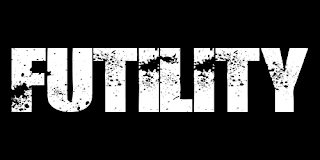 My feet are slow, knees and limbs numb
My lungs ache, defeat is calling
Demise’s dark veil flying
towards a doomed me
Pity and despise from all the sadist witnesses
I give in to futility and accept reality
The Inevitable  End
George W Kiwanuka
@Georgewkiwanuka 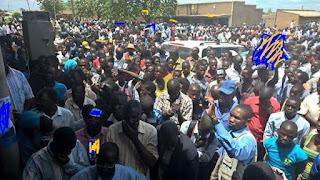 Immune to our wails yesterday, today he sang
promises of self sacrifice
He was the promised son he said…the long awaited Messiah
Better schools, medication in hospitals, better pay even flawless 'kolansi' roads

As I hungered for signs of shame from him, his obvious oblivious ՙabsence՚ hit me
his body was there, but ՙhe՚ was in another realm-a glorious paradise
A realm whose realization this cumberso…
Post a comment
Read more
More posts